Phasing Down the Use of Hydrofluorocarbons (HFCs)

Replacing HFCs with greener refrigerants has low upfront costs and can result in energy efficiency improvements of 10–50% or greater when the best available technologies are applied. Cooperative initiatives such as the Climate and Clean Air Coalition to Reduce Short-Lived Climate Pollutants (CCAC), the Consumer Goods Forum, and Refrigerants, Naturally! are helping countries and companies cut back HFC use. More than 100 nations now support proposals to phase down production and consumption of HFCs under the Montreal Protocol, leaving accounting and reporting of HFC emissions under the United Nations Framework Convention on Climate Change (UNFCCC). The Montreal Protocol’s Multilateral Fund (MLF) pays the full, agreed incremental cost for developing country parties to meet their obligations under the treaty.

The report recommends that parties to the Montreal Protocol approve an amendment to phase down the production and use of HFCs. In addition, countries that are not already working to phase down HFCs should begin developing and implementing domestic regulations to do so, while also increasing their appliance energy efficiency standards. Major companies should commit to phasing out HFCs through cost-effective cooperative action programmes such as those of the Consumer Goods Forum and Refrigerants, Naturally! The Parties to the UNFCCC should also be encouraged to include an HFC phase-down in their “intended nationally determined contributions” (INDCs), and reporting on HFC emissions should be extended to all countries. Incorporating HFC production and consumption into the Montreal Protocol would provide significant near-term gains to slow climate change, and could lead to avoiding 1.1–1.7 Gt CO2e of annual GHG emissions per year by 2030.

Climate protection from the Montreal Protocol and Kyoto Protocol 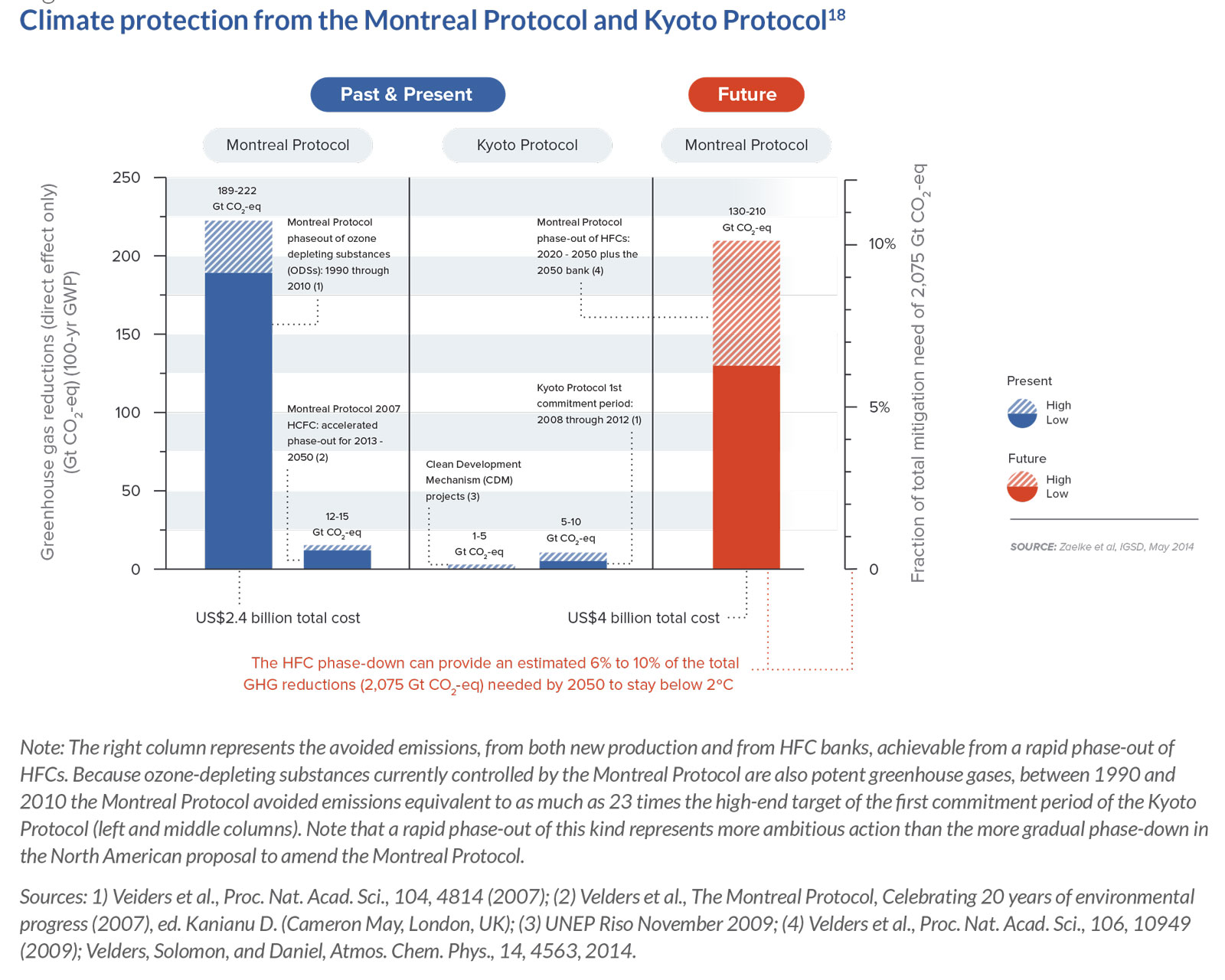