Cities and The New Climate Economy: The Transformative Role of Global Urban Growth

Urbanisation is one of the most important drivers of productivity and growth in the global economy. Between 2014 and 2050, the urban population is projected to increase by around 2.5 billion people, reaching 66% of the global population.

Urbanisation is one of the most important drivers of productivity and growth in the global economy. Between 2014 and 2050, the urban population is projected to increase by around 2.5 billion people, reaching 66% of the global population. By 2030, China’s cities alone will be home to nearly 1 billion people. India, Nigeria and Indonesia will also experience rapid population growth. If managed well, the potential benefits of this urban growth are substantial. The economic potential is driven by raised productivity resulting from the concentration of people and economic activities in cities that leads to a vibrant market and fertile environment for innovation in ideas, technologies and processes. Similarly, well-managed cities in high income countries could continue to concentrate national economic growth, through re-densification and the rollout of innovative infrastructure and technologies.

However, poorly managed urban growth is likely to have substantial economic costs. Urban sprawl, poor public transport infrastructure and a lack of basic services such as energy, water and waste can hinder accessibility and mobility, increase air pollution and exacerbate urban poverty, reducing the economic benefits of urban concentrations and increasing costs. This growth pathway also tends to lead to unnecessary greenhouse gas emissions, social exclusion and a range of other environmental and social costs. In this paper, we identify three groups of cities that will be particularly important for the global economy and climate: Emerging Cities, Global Megacities and Mature Cities. When combined, these 468 cities are projected to contribute over 60% of global GDP growth and over half of global energy-related emissions growth between 2012 and 2030 under business as usual.

We also review the contribution of small urban areas to economic growth and carbon emissions. The choices that countries and cities make today about managing urban growth, particularly in these 468 cities, will lock-in the economic and climate benefits – or costs – for decades to come. Over the next decades, this will be particularly important for Emerging Cities and the periphery of many Global Megacities where much of urban growth will take place. Evidence suggests that the characteristics of poorly managed – or unmanaged – urban growth are increasing worldwide, as part of a business as usual trend. In this paper, we introduce a new, alternative model of urban development – the ‘3C model’. The 3C model – compact, connected and coordinated – aims to lock-in economic and climate benefits in cities. 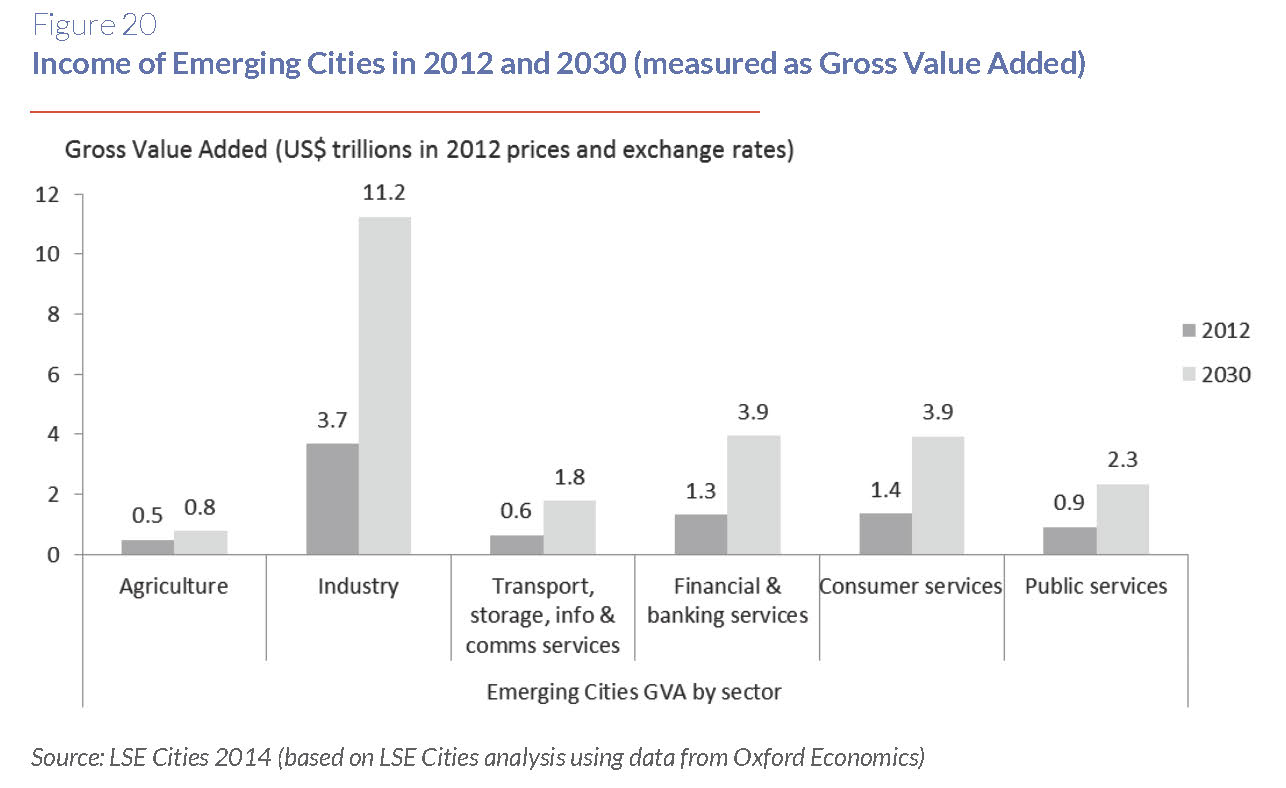 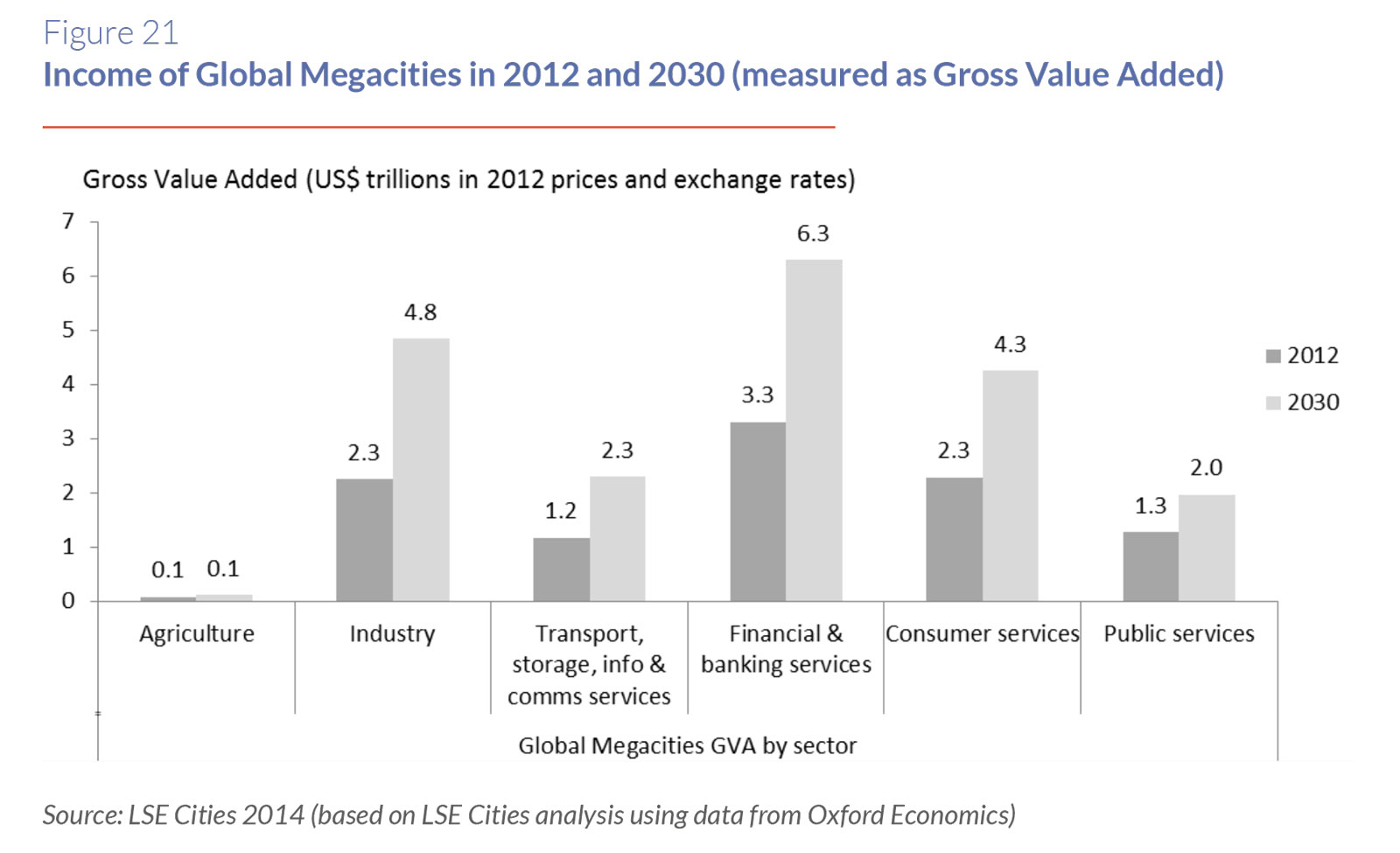 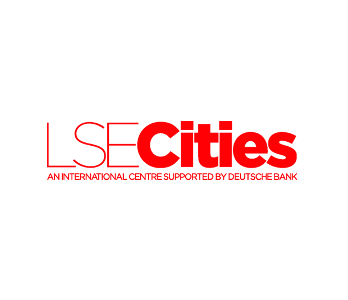