Worldwide, a significant proportion of the private sector receives some level of support, interventions and subsidies from the public sector. In the specific case of energy subsidies, of which fossil fuels are a subset, their use has been historically linked to supporting energy security, domestic energy production and access to energy.

Worldwide, a significant proportion of the private sector receives some level of support, interventions and subsidies from the public sector. In the specific case of energy subsidies, of which fossil fuels are a subset,  their use has been historically linked to supporting energy security, domestic energy production and access to energy. In recent years, however, accounting for the full economic, social and environmental costs and benefits of subsidies for fossil fuels, along with the development of other government interventions to achieve the same objectives, has led to demands to start removing them. This report outlines the economic, social and environmental costs of fossil fuel subsidies, emerging evidence of the benefits to be derived from their reform and opportunities and processes to support such reform.

Fossil fuel subsidies can inhibit sustainable economic development by creating a burden on government budgets, reducing resources that could be put to more efficient use within the economy; increasing inequality and undermining access to affordable energy by benefiting the rich rather than the poorest members of society; decreasing the competitiveness of key industries, including low-carbon businesses, by discouraging investment in renewable energy and energy efficiency; increasing the risk of stranded assets (in the event of climate regulation) by encouraging exploration for and production of unburnable carbon; compromising energy security (compared to subsidising alternatives such as renewables and energy efficiency); damaging public health by increasing air pollution; and negating carbon price signals. Despite this mounting evidence of the costs of fossil fuel subsidies, and the potential virtuous cycles that could result from their removal, governments are often reticent to undertake reform. Researchers have identified several specific reasons for the persistence of subsidies.

Some of these are explicit, such as a lack of information, while others are implicit, driven by special interests. In addition, governments sometimes subsidise fossil fuels because they lack other effective means and institutional capacity to adopt more suitable policies. Taken together, these implicit and explicit barriers to reform create a dangerous inertia regarding subsidies even in the context of new technological, economic and social developments. Despite the challenges associated with reform, a number of countries have recently made significant progress in reforming subsidies for fossil fuels across a wide range of sectors. The International Energy Agency and the International Monetary Fund have documented reforms undertaken in almost 30 countries in 2013 and 2014, some of which were spurred by falling oil prices. A number of these country case studies are included in this report, and, in conjunction with wider research on the processes of reforming subsidies, have provided lessons for the key ‘ingredients’ for successful reform.

Although this report highlights the fact that opportunities and processes for reforming fossil fuel subsidies take place at the national level, international cooperation is already supporting national reform efforts in a number of ways. These include identifying and estimating the cost of subsidies, country-level support for reform processes, coordination and drawing out lessons and advocacy. The high-level commitments to reform made by the G20, Asia-Pacific Economic Cooperation (APEC) and European Union (EU) countries,as well as key international agreements, present a critical opportunity for existing activities to be scaled up, and for new efforts to be developed.

Barriers to the transfer of clean-energy technologies to developing countries 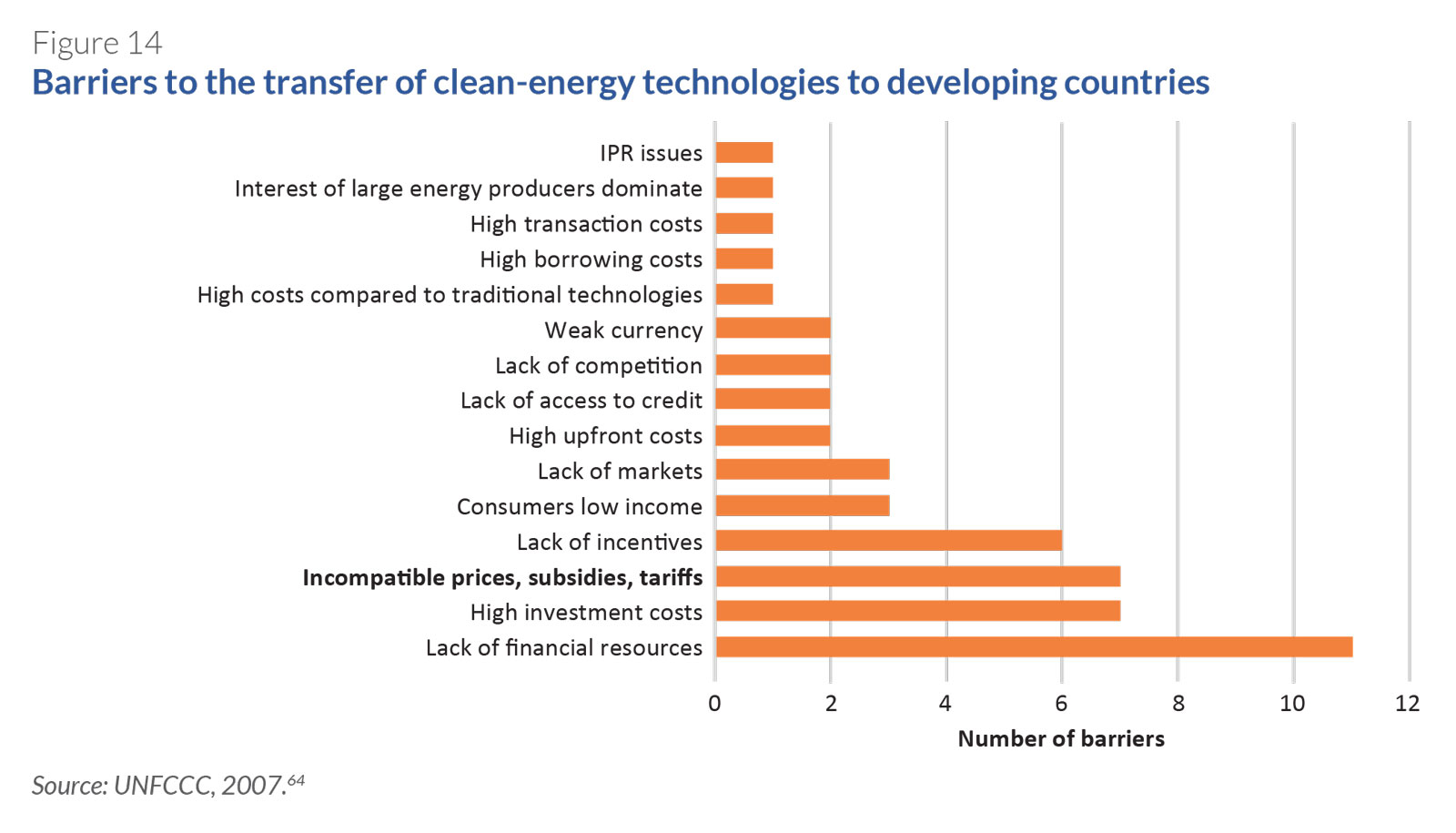 Egyptian household beliefs about the scale of fossil fuel subsidies 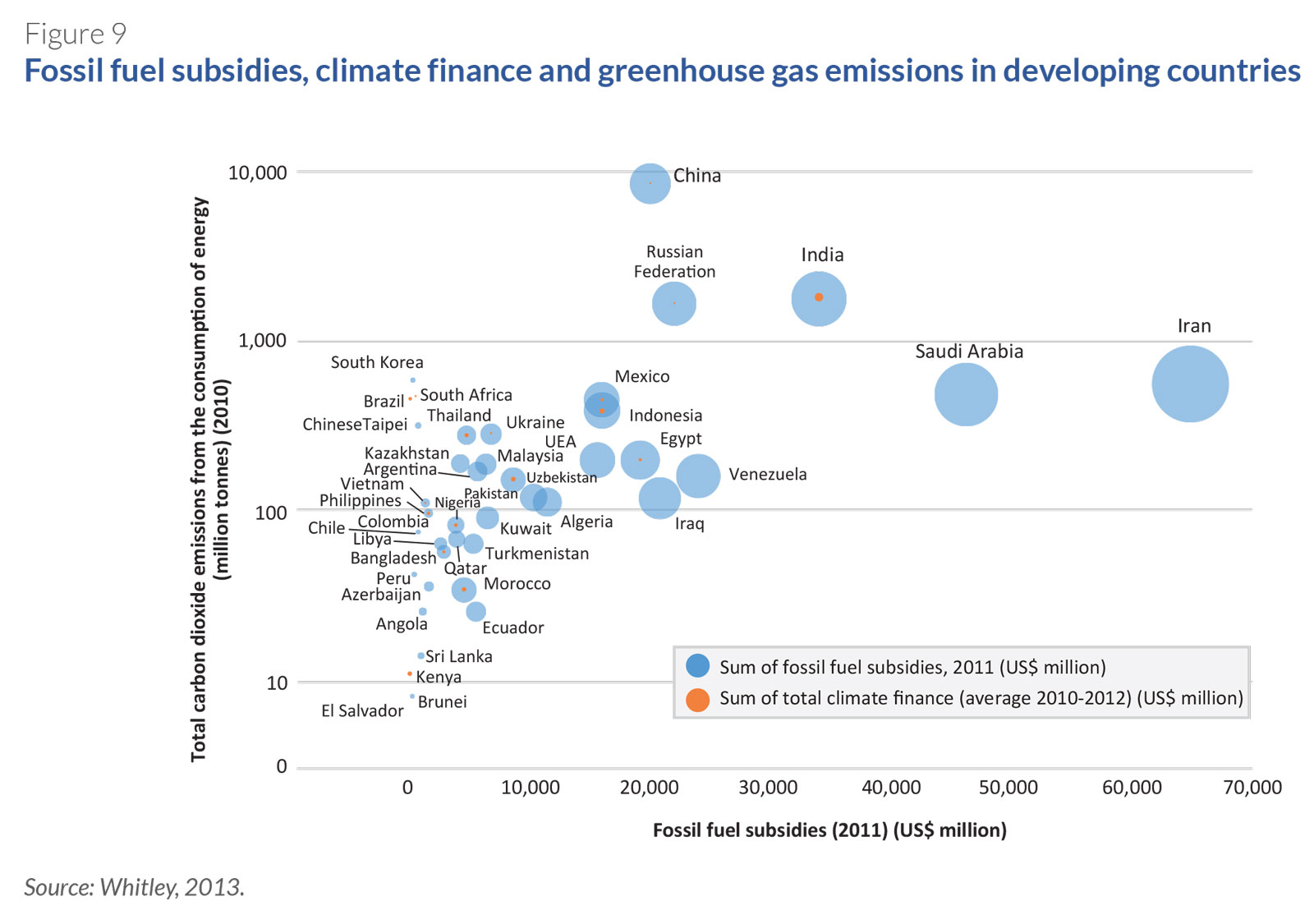